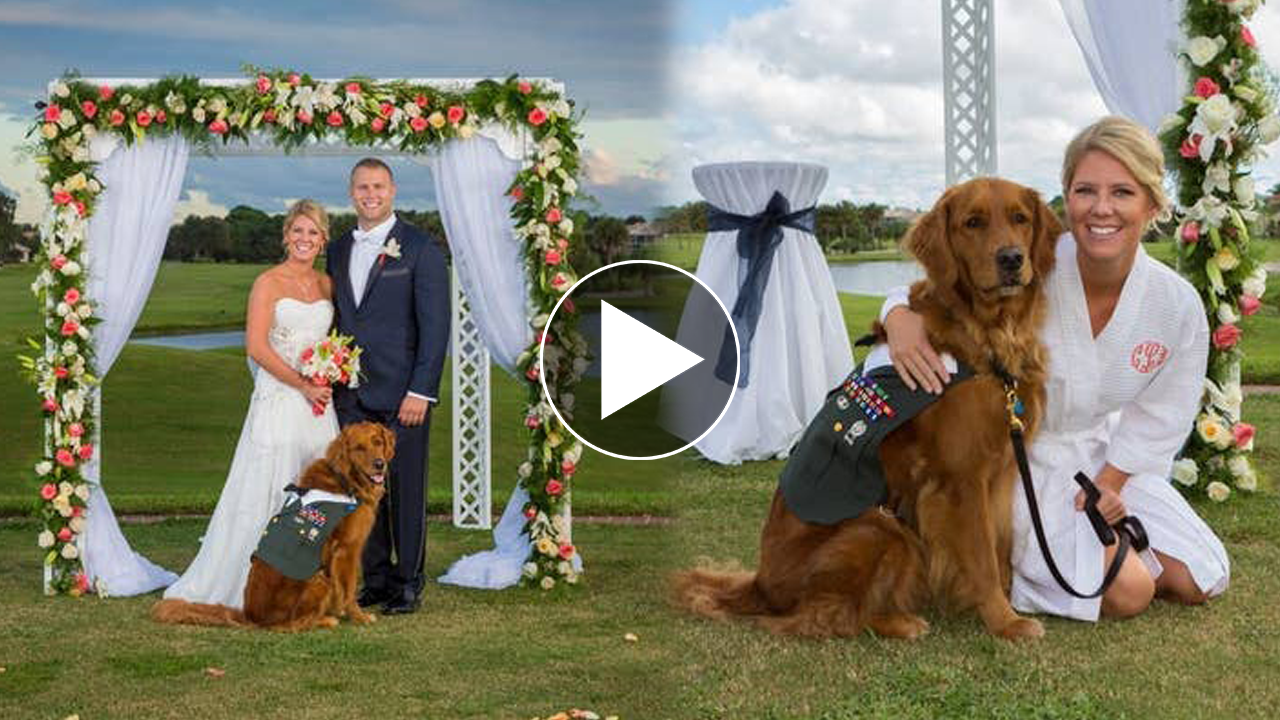 Justin Lamford had already chosen his best man when he and his then-girlfriend Carol Balmes became engaged. 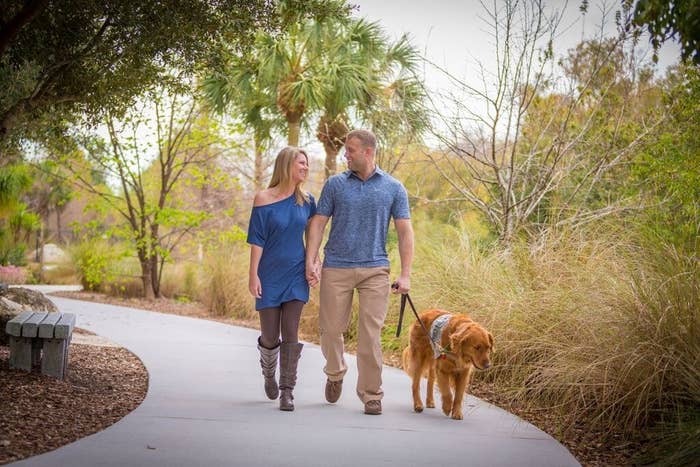 Gabe, his beloved service dog who had been at his side helping him recover from PTSD and other issues, was going to be the one. 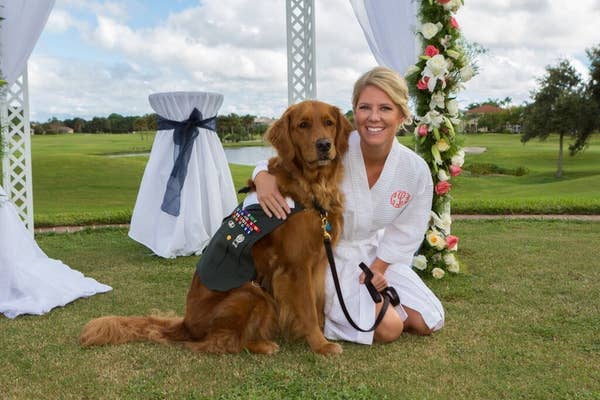 Justin Lansford, for example, lost his leg while serving in Afghanistan:

“In early 2012, I was a paratrooper with the 82nd Airborne Division, and we were in eastern Afghanistan. We hit an IED, which completely flipped my pickup. My left leg had to be amputated because of bilaterally damaged femurs.” 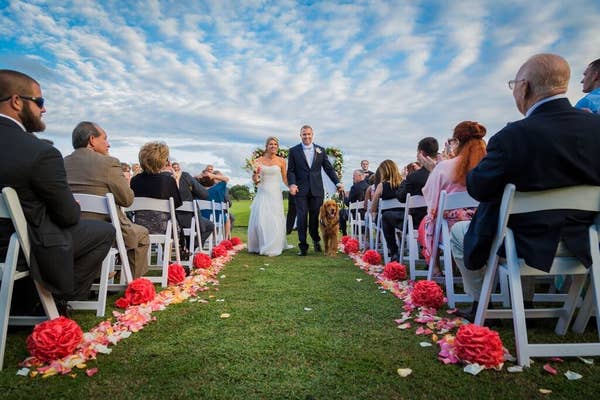 Gabe was matched with Justin through the Warrior Canine Connection, and he’s been instrumental in getting Justin back on his feet since then. 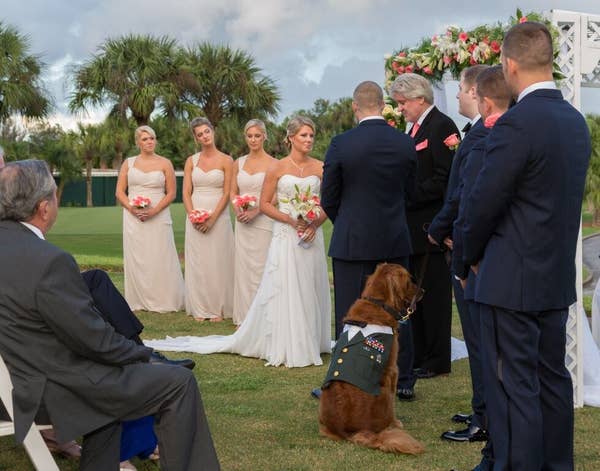 He even assisted Justin and Carol with their proposal by holding the ring box, so it’s no surprise that he’ll be a huge part of their wedding as well. 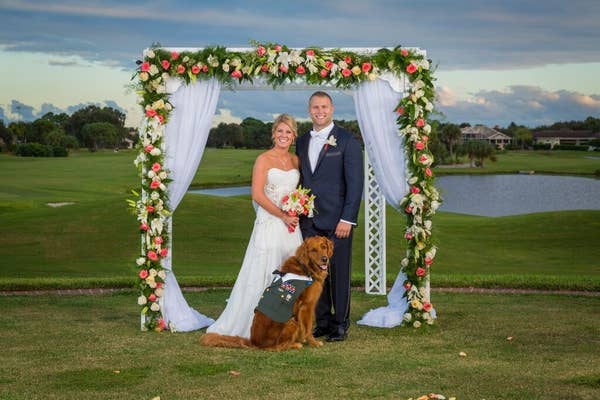 Gabe was dressed in an outfit created from one of Justin’s military uniforms, complete with all of Justin’s medals and ribbons.

He was also, as usual, on his best behavior.