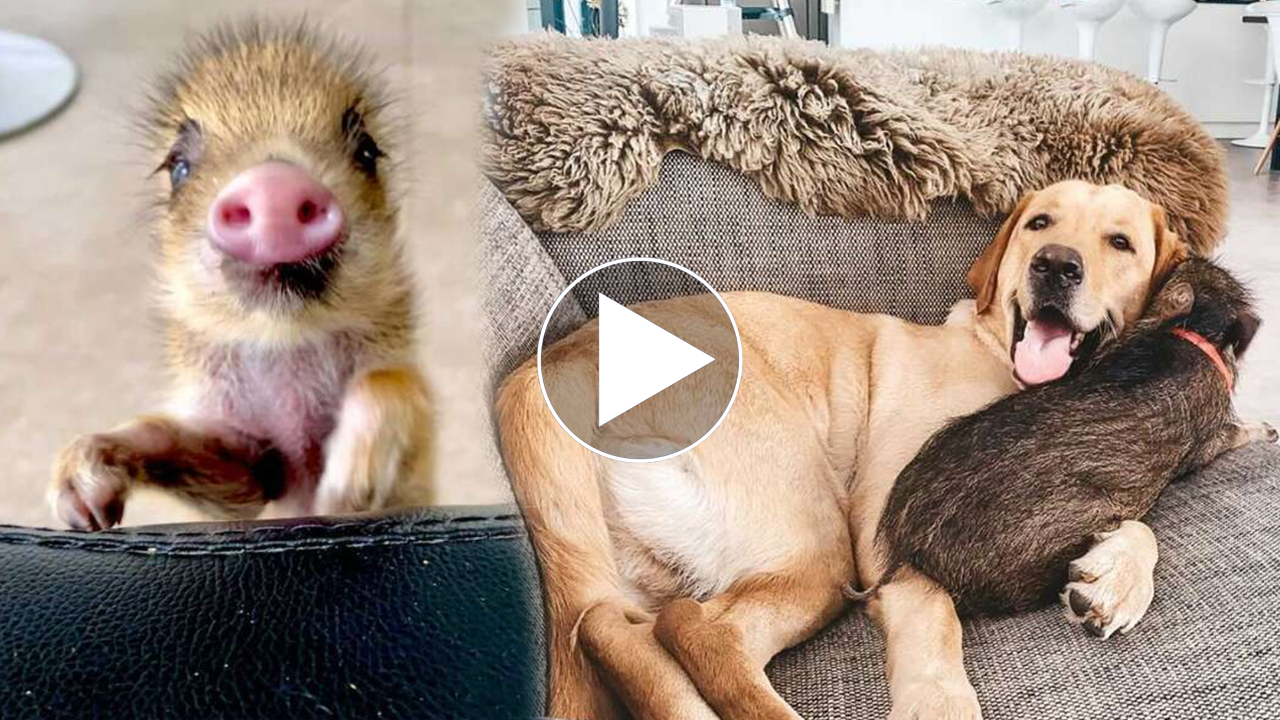 Dora Wei is no stranger to unusual animals, but she was taken aback when a baby wild boar arrived in a box on her doorstep.

“She was barely a few hours old when my gardener found her outside my house in the early morning,” Dora told The Dodo, She’d been removed from her mother and appeared to be freezing.”

She realized the wild boar wouldn’t be able to survive on her alone if she didn’t have a mother.

So they built her a small sleeping room inside and provided her with hot water bottles to keep her warm. 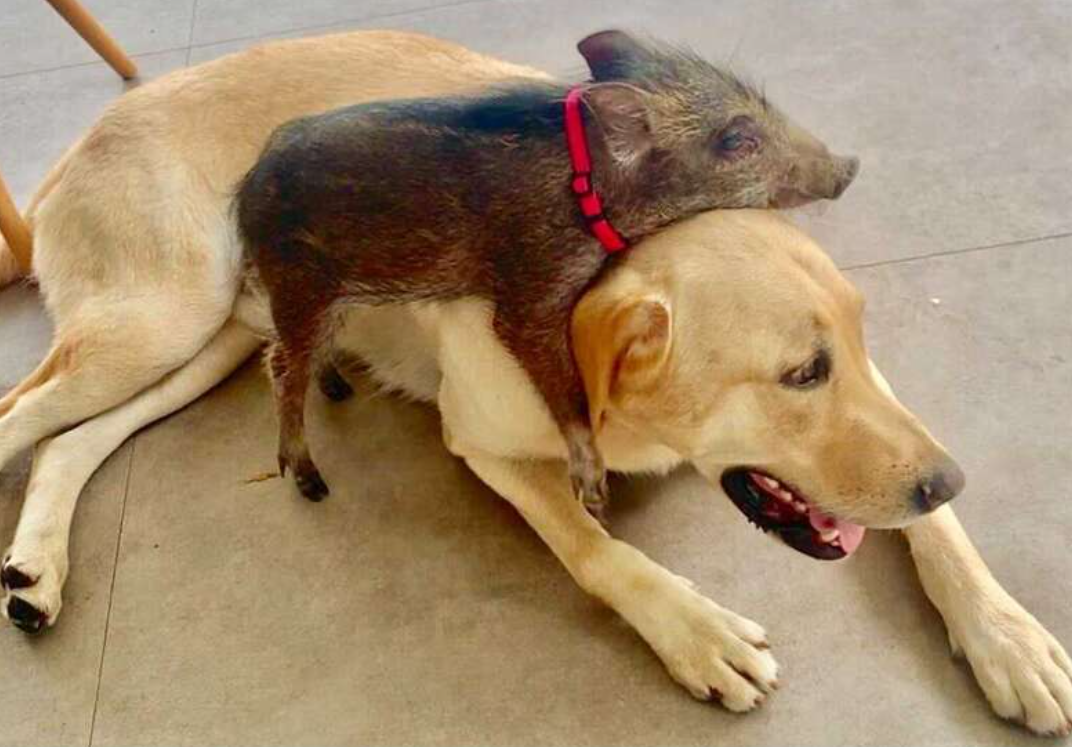 “When I asked around about how to care for wild boars, everyone told it was difficult if they were this young and that they always died without the mother, but we were determined to keep her,” Dora said. 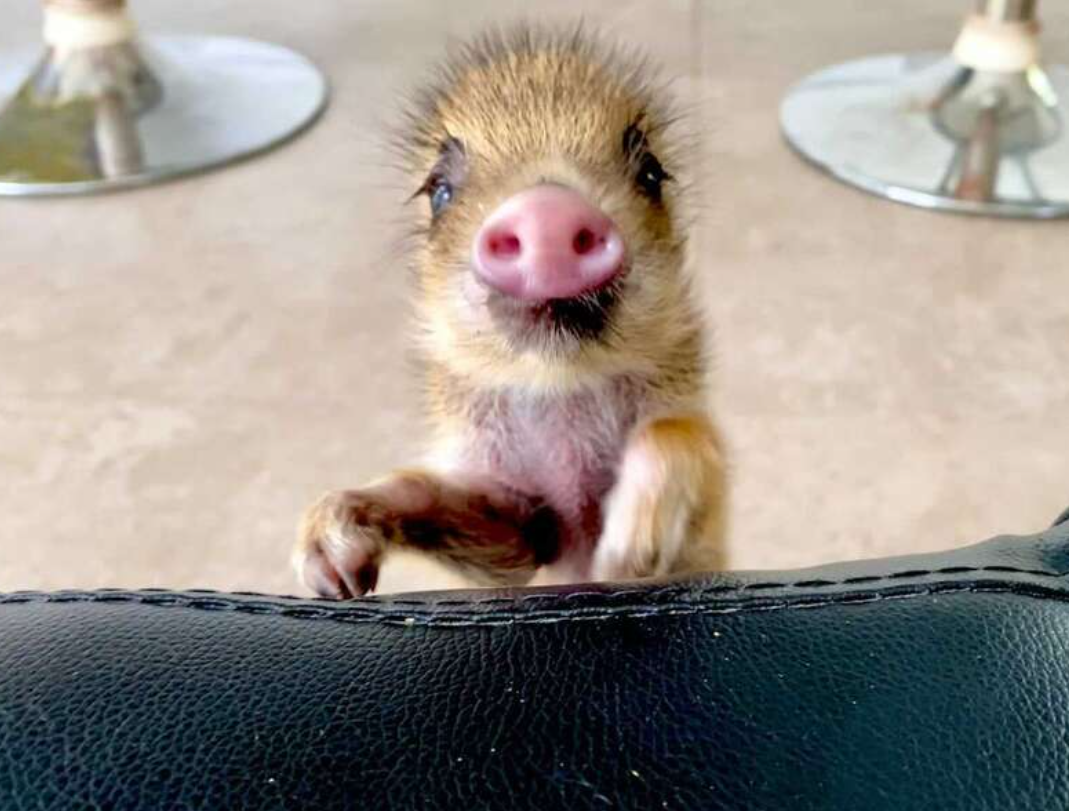 “We read online that she would need to be fed every hour, so for almost the first four weeks, my boyfriend and I took turns sleeping in the living room with her, feeding her every hour when she woke up and started crying.” 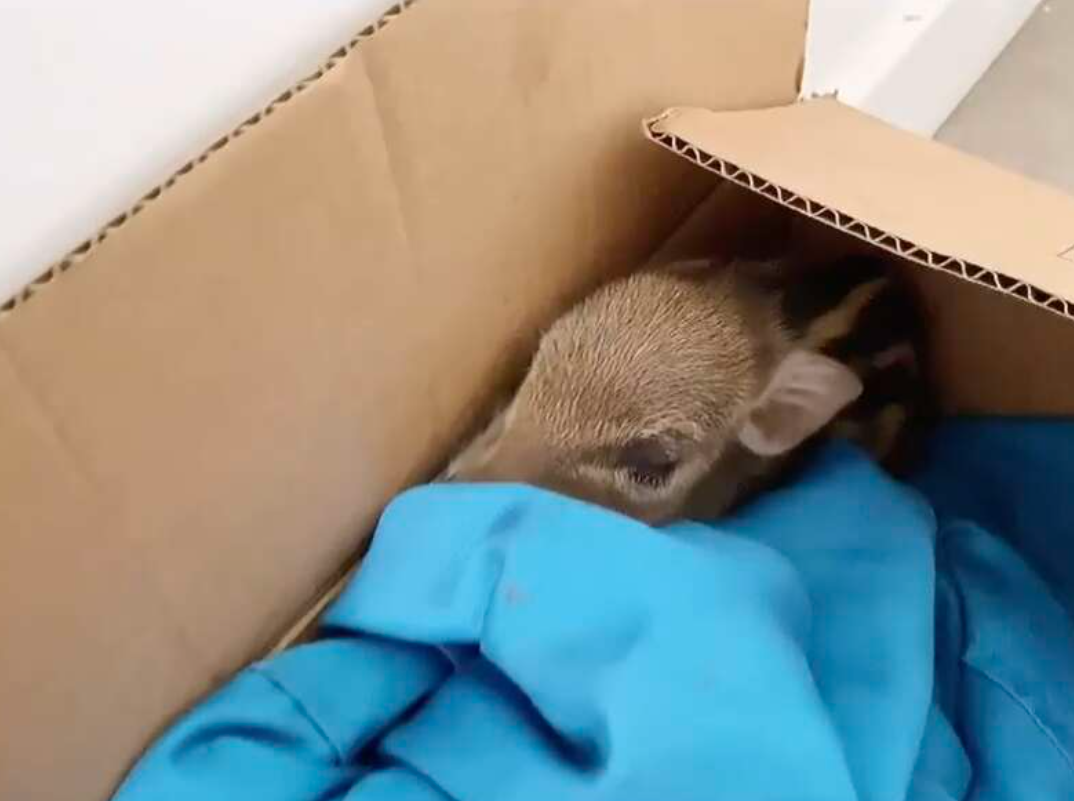 “It seemed like we were taking care of a baby,” she added.

Dora was worried that her four dogs wouldn’t be able to catch the wild boar they named Yezhu, but Yezhu had other ideas.

“She would constantly want to be with them,” Dora added, “especially the Labrador, She would always want to follow him and snuggle down next to him or sit on him.”

“She treats all the dogs with respect, even when they bark at her when she attempts to take their food; she truly believes she is one of them.” 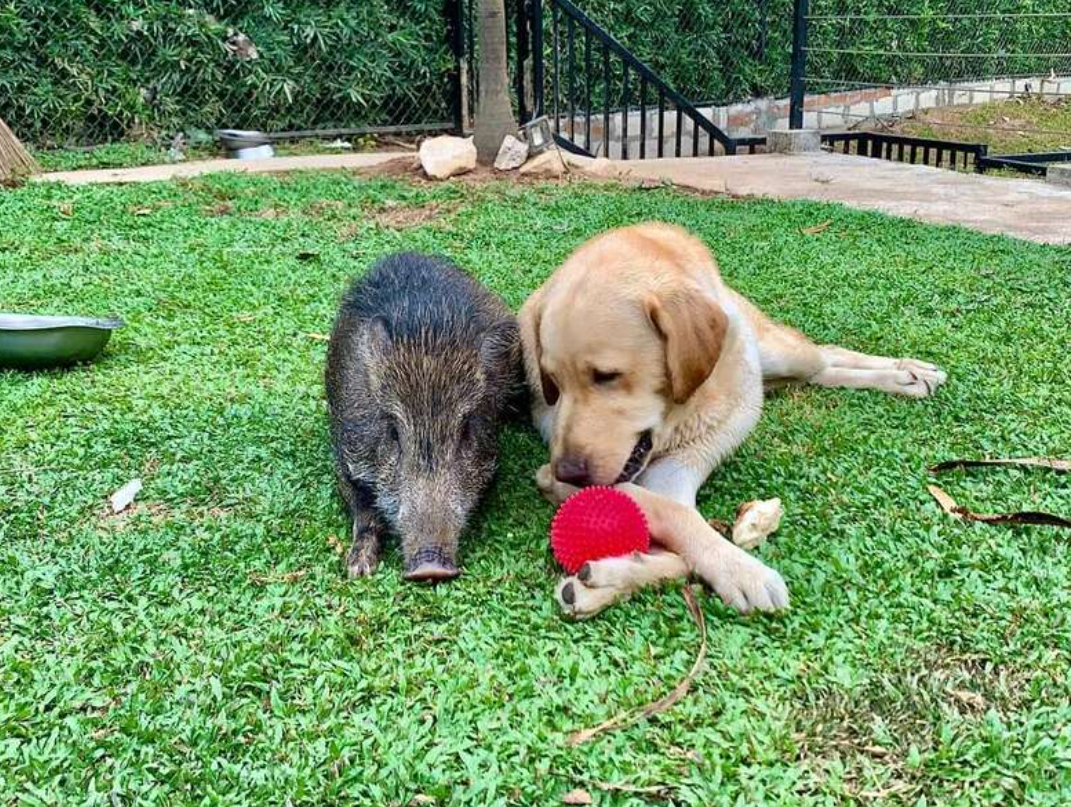 Yezhu and the dogs are now doing everything together, including napping.

Yezhu was found to be blind in one eye and could not be put back into the wild. 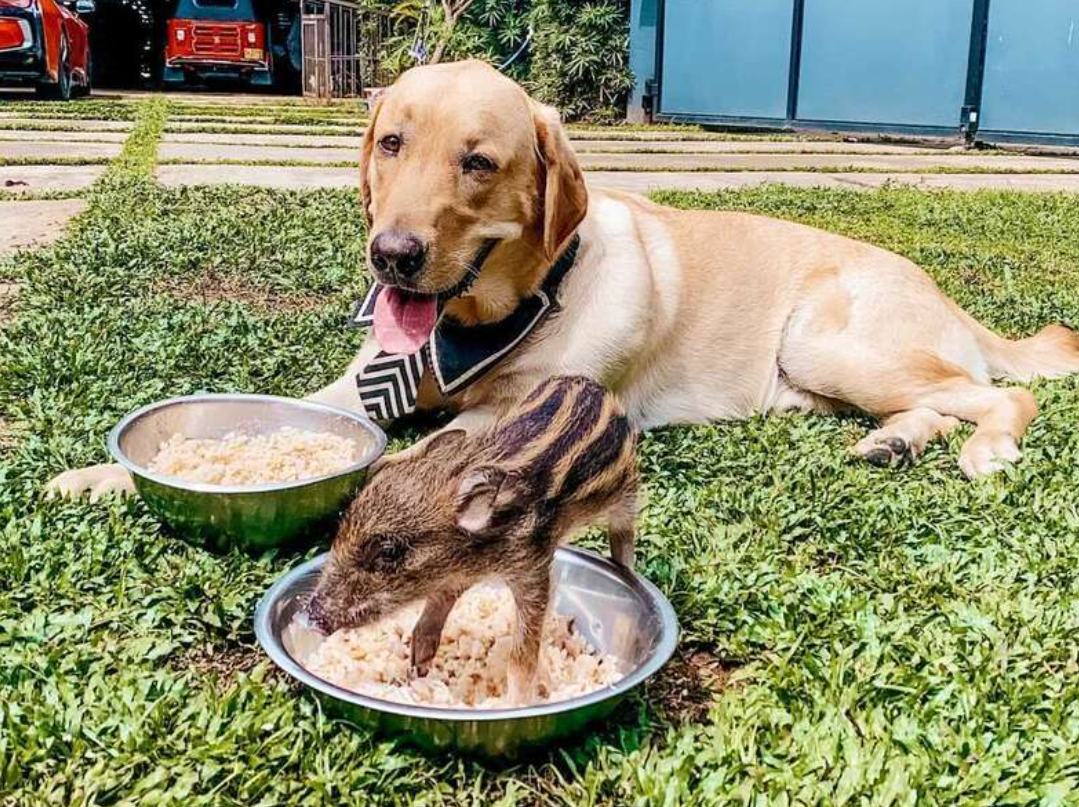 Dora and her partner built her a house in the garden when they realized this, replete with a pool on those hot days.

Yezhu still comes into sleep with the family at night. 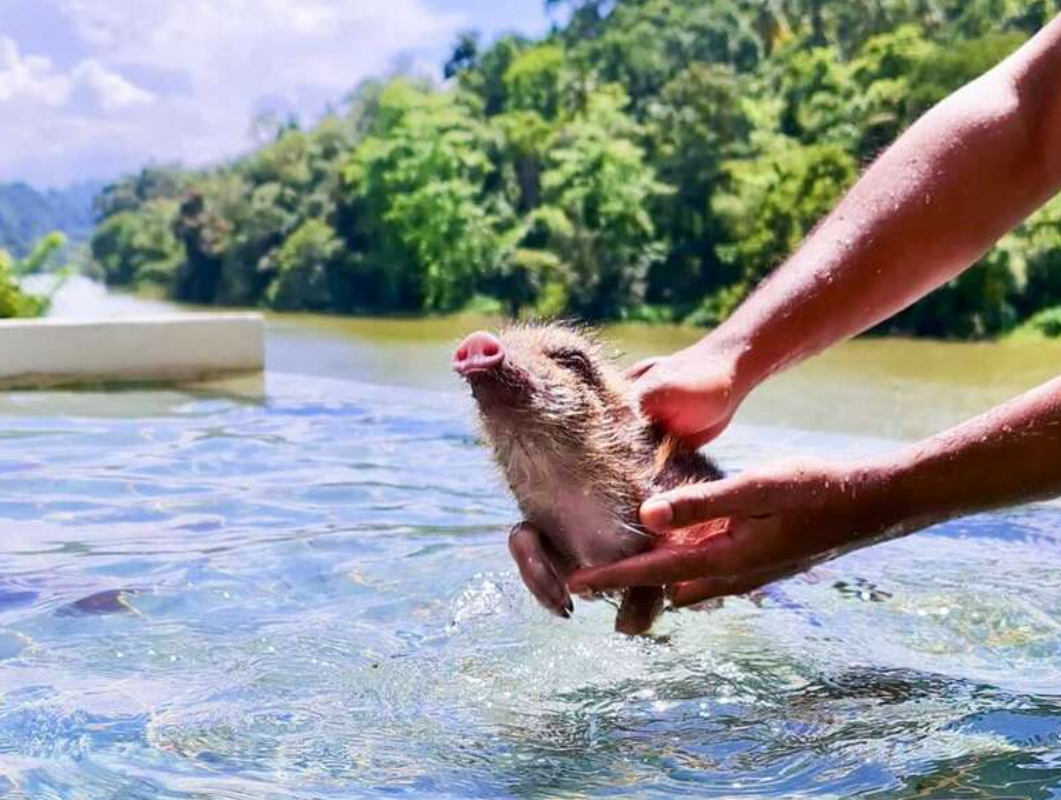 “Digging up the garden and diving in her own tiny pool are two of her favorite things to do, and she enjoys getting belly massages while she sleeps.”

“We found her during a particularly difficult and dismal time in the country with the lockdown situation,” Dora added. 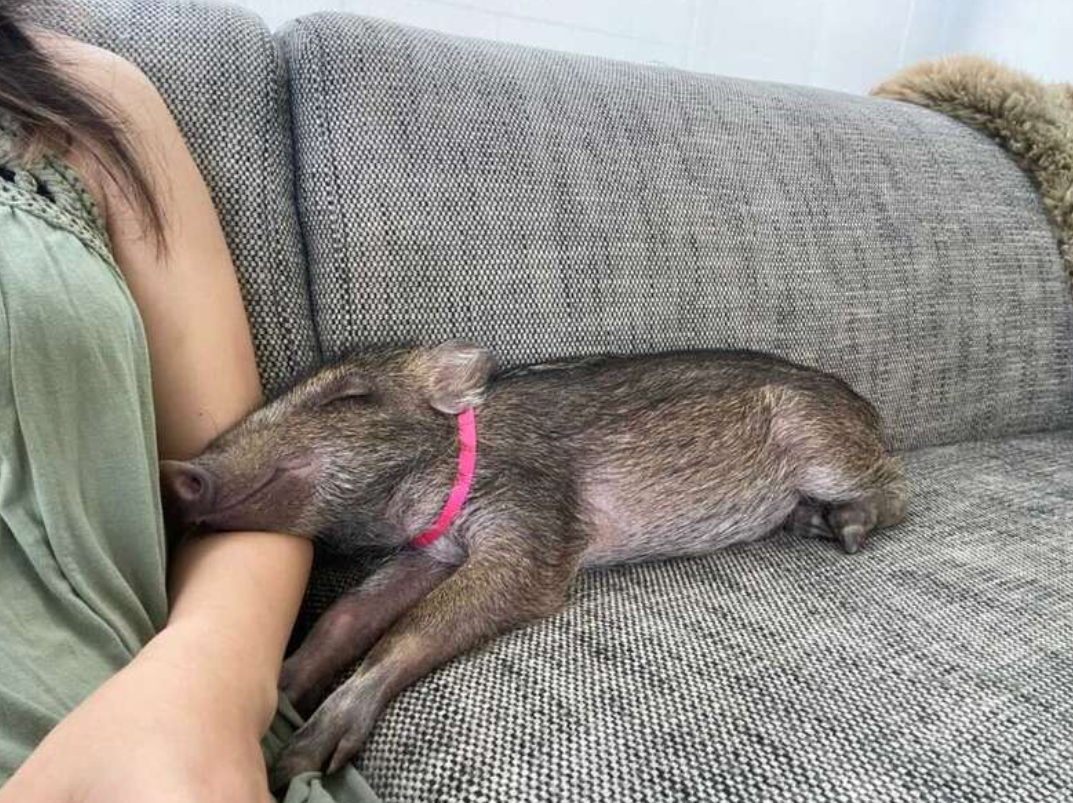 “She brought us closer, and taking care of her and watching her grow up makes our lives more positive.”

Yezhu seemed to have entered Dora’s life at just the right time to restore her happiness.