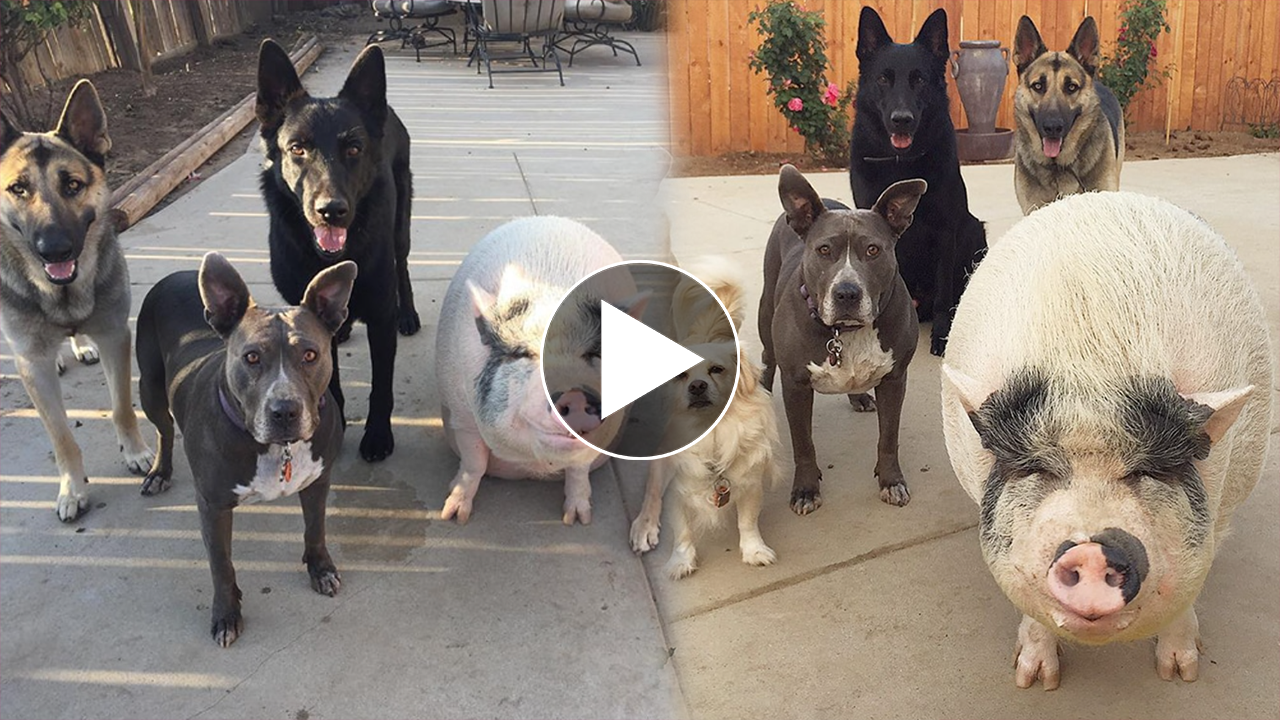 Chowder is a 6-year-old potbellied pig that lives with five rescue puppies and is best friends with them all.

He’s even behaving like a dog, demonstrating that he’s just as loving and affectionate as his canine companions. 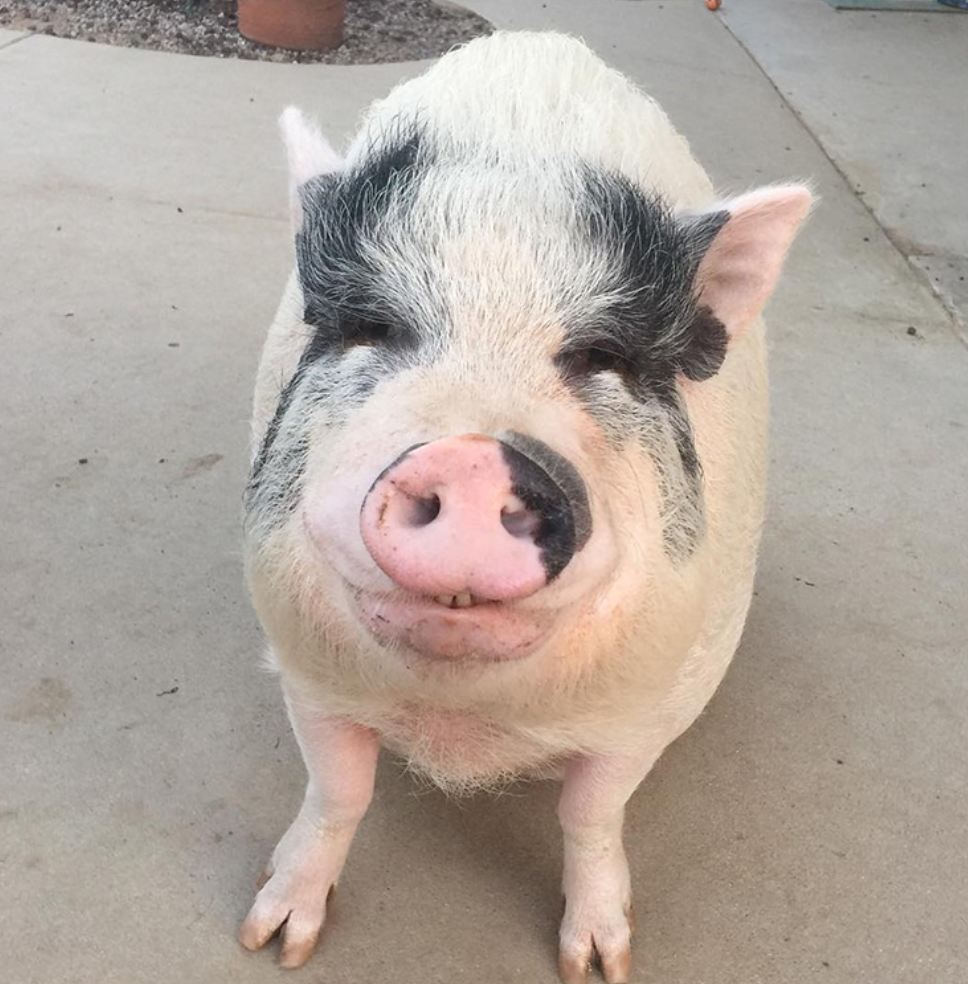 Chowder is a Vietnamese potbellied pig noted for being clever and social, and they like cuddling.

Shelby, their human, says, “When I look at my team, I see a reflection of who I am in them.”

“Their happiness, safety, health, and entire existence are dependent on me, and I will never let them down.” 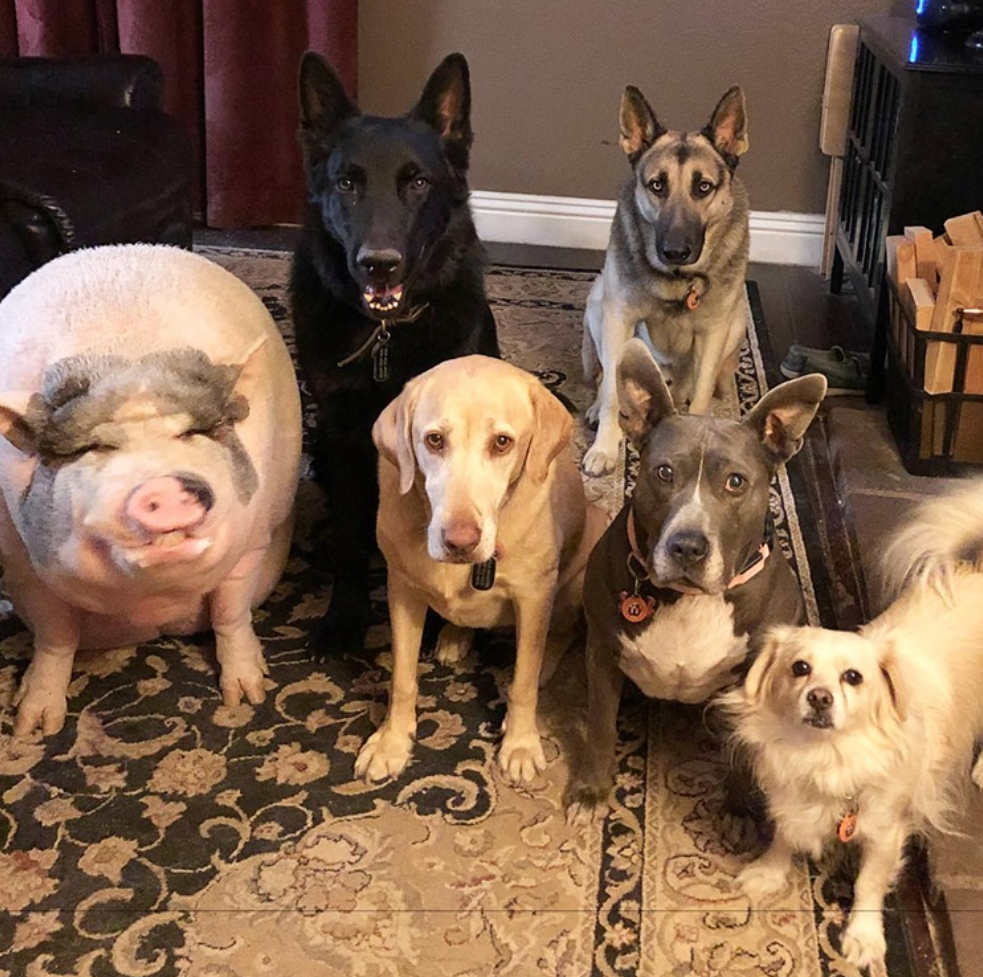 Chowder and the group play in the yard together, wearing matching collars, and never letting their physical differences get in the way of their friendship.

Shelby considers the entire gang to be her children, even the dogs, and pigs, Chowder is also her son, according to her. 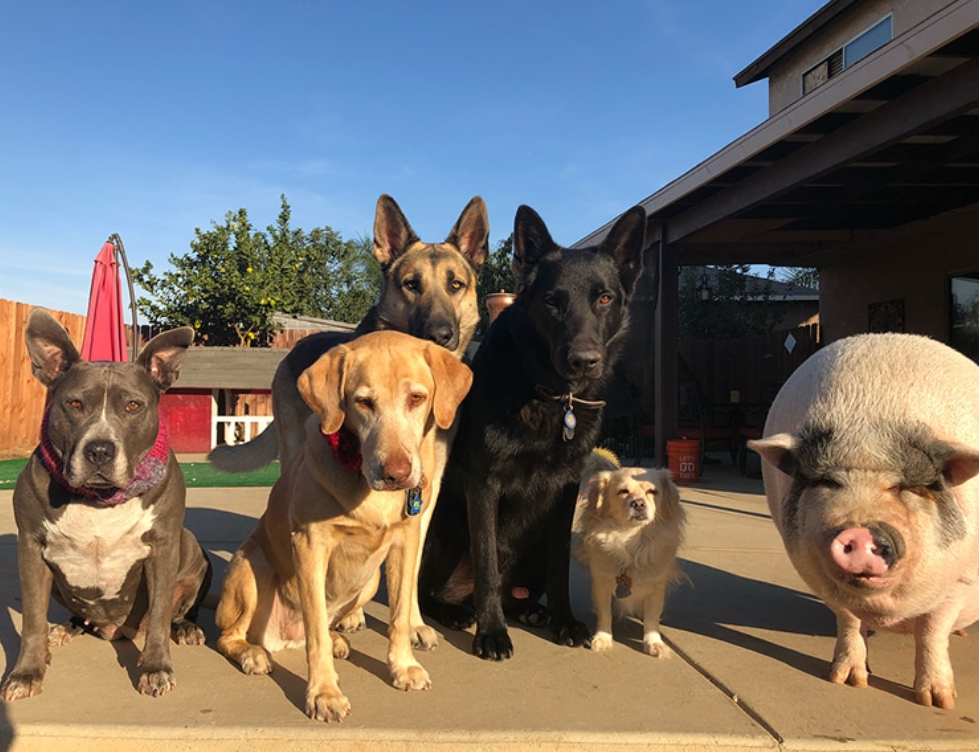 “He’s the size of a three-year-old child, These are his dogs, and he is my son.”

He considers himself to be the wisest of the bunch, which means he is in command and is constantly keeping an eye on things as the dogs play.