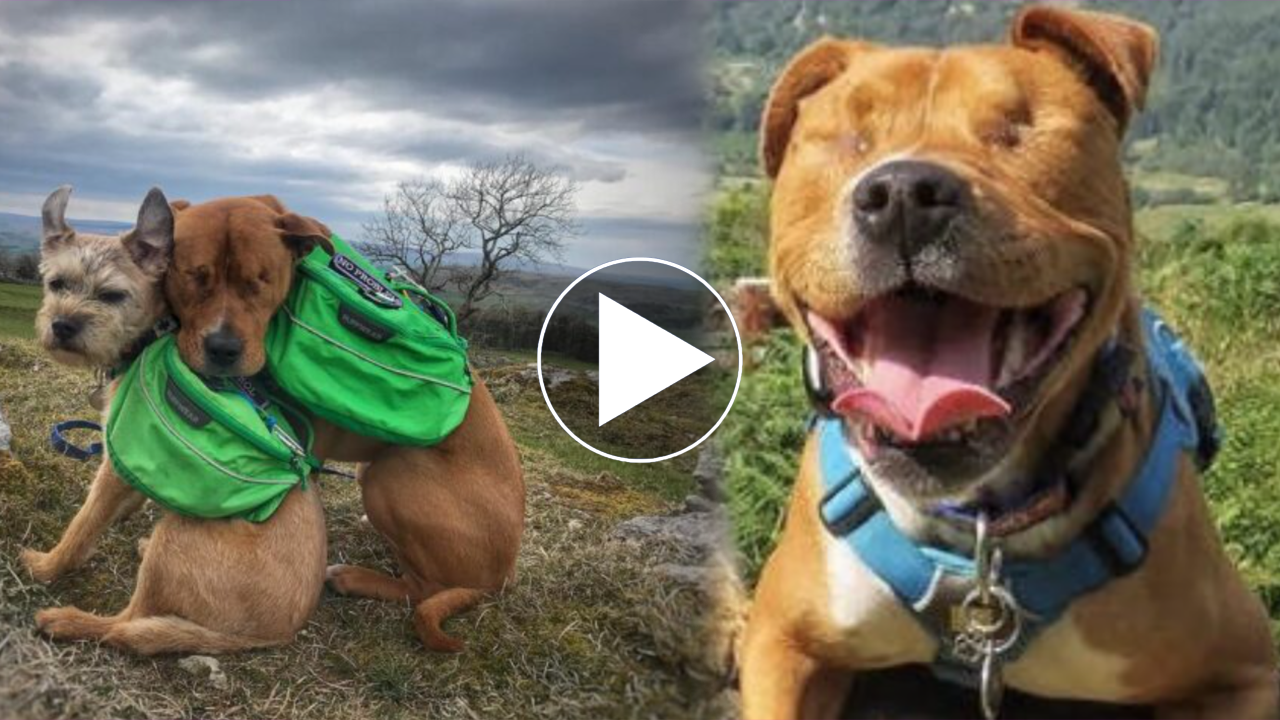 Jess Martin was volunteering at the Cheshire Fire and Rescue Service one day when she met Amos. 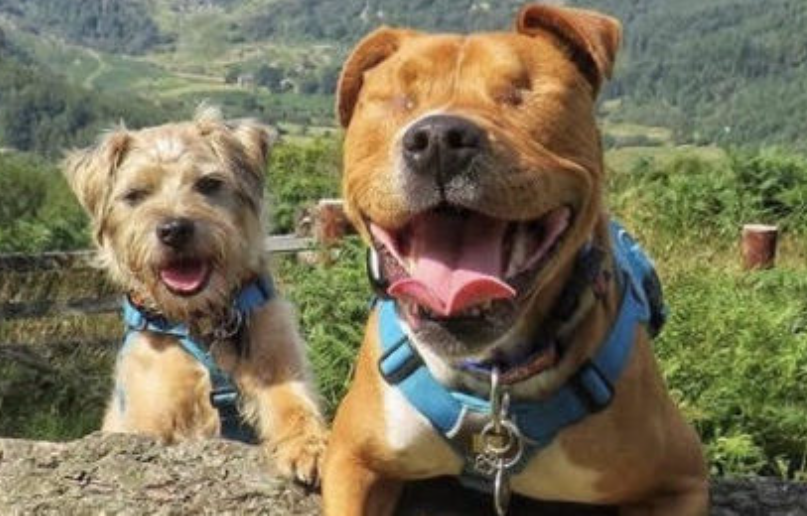 Amos is a Staffordshire bull terrier who was born blind and has struggled to find a loving household.

Jess decided to adopt him and give him a lifelong home, but she was concerned about Toby, her nine-year-old border terrier. 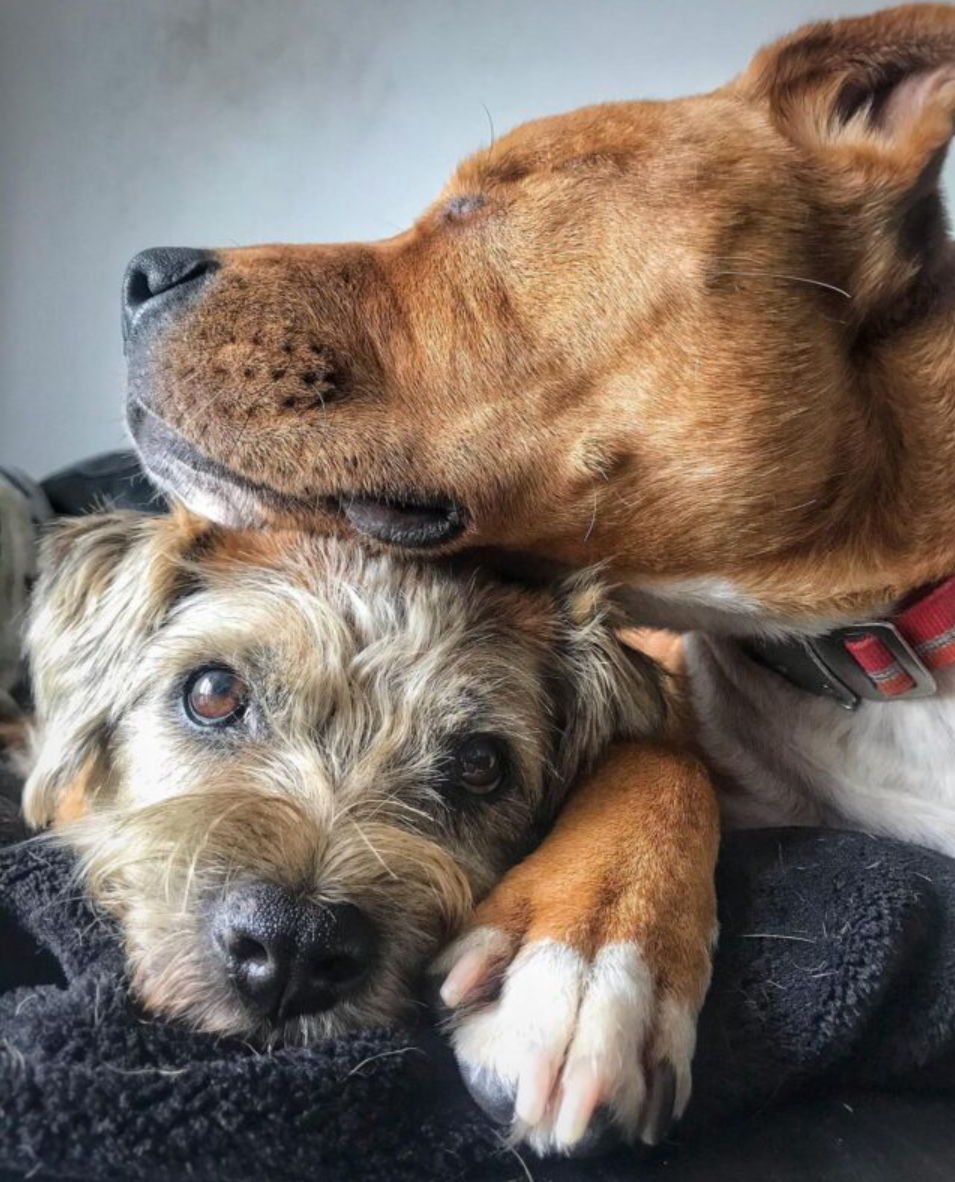 To her amazement, the two became fast friends, developed a particular bond, and Toby is now Amos’ unofficial guide dog.

When Amos is unable to defend himself from other dogs, he assists him and even offers him a gentle nudge when he can’t reach his water bowl. 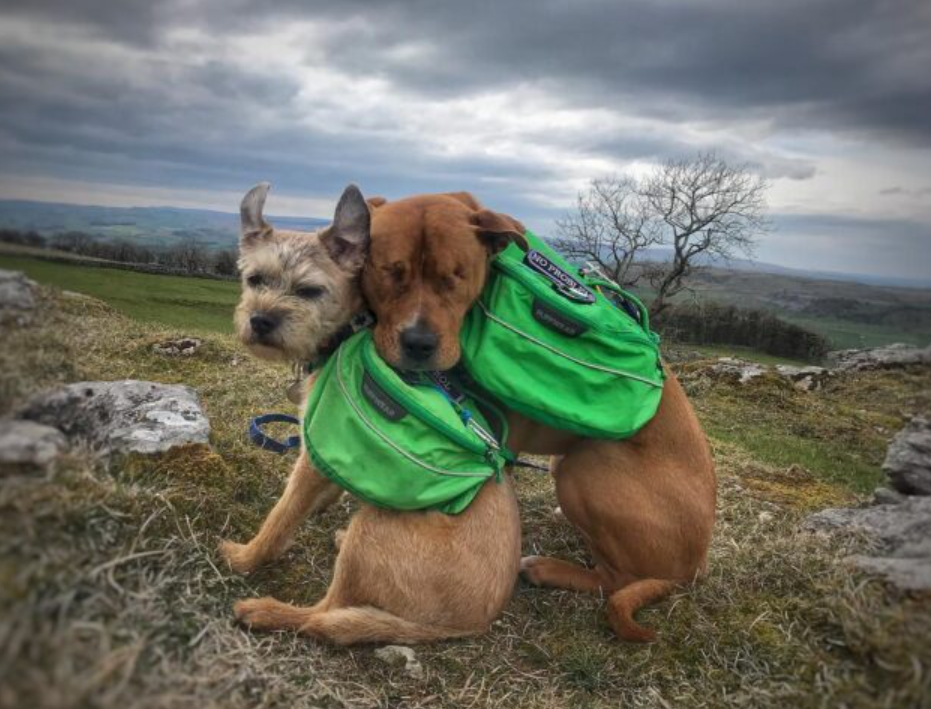 “I felt it would be difficult to find an owner, so we chose to foster him in February last year while Amos was in medical care for four months, but after a while, we realized we would never give him back.”

“Amos came from a kennel and doesn’t know how to socialize with other dogs, so Toby barked at him a few times before ignoring him.” 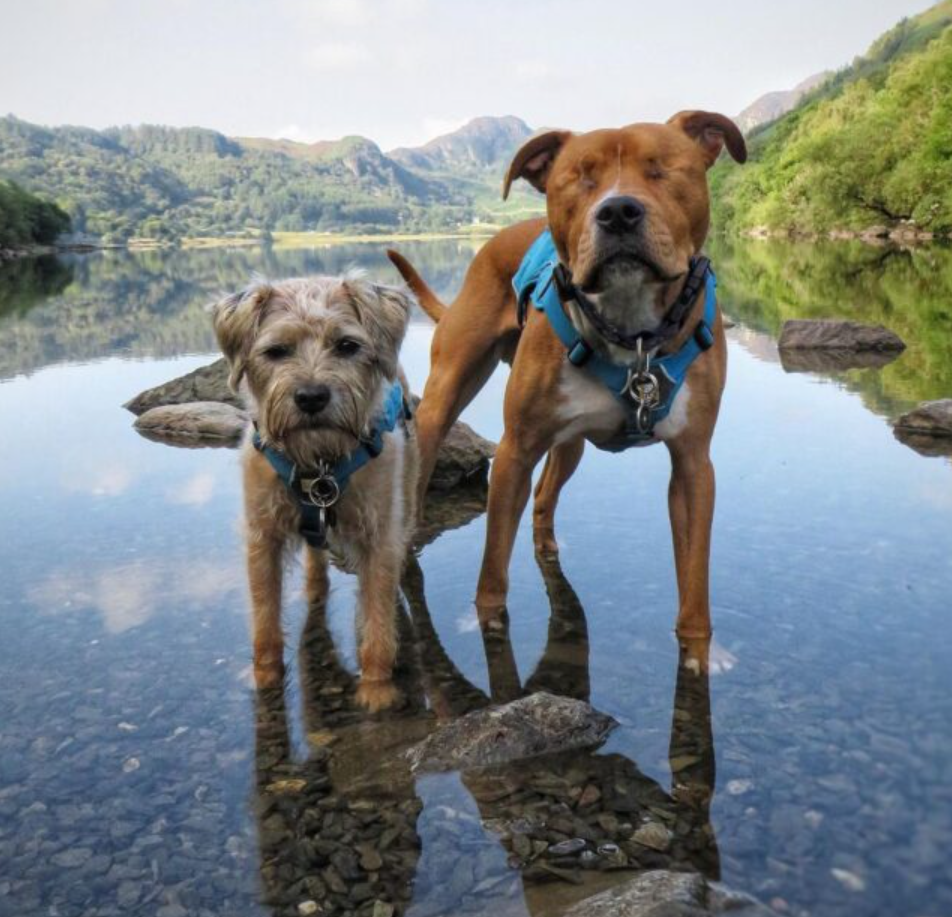 “After a few days, I saw Amos couldn’t find his water bowl, so Toby prodded him and assisted him.”

“When we went on walks, Amos was really terrified, especially of the noises, and Toby quickly picked up on the fact that he needed support – so every time Amos stopped, Toby would go and sleep next to him until he was ready,” Ms, Martin explained. 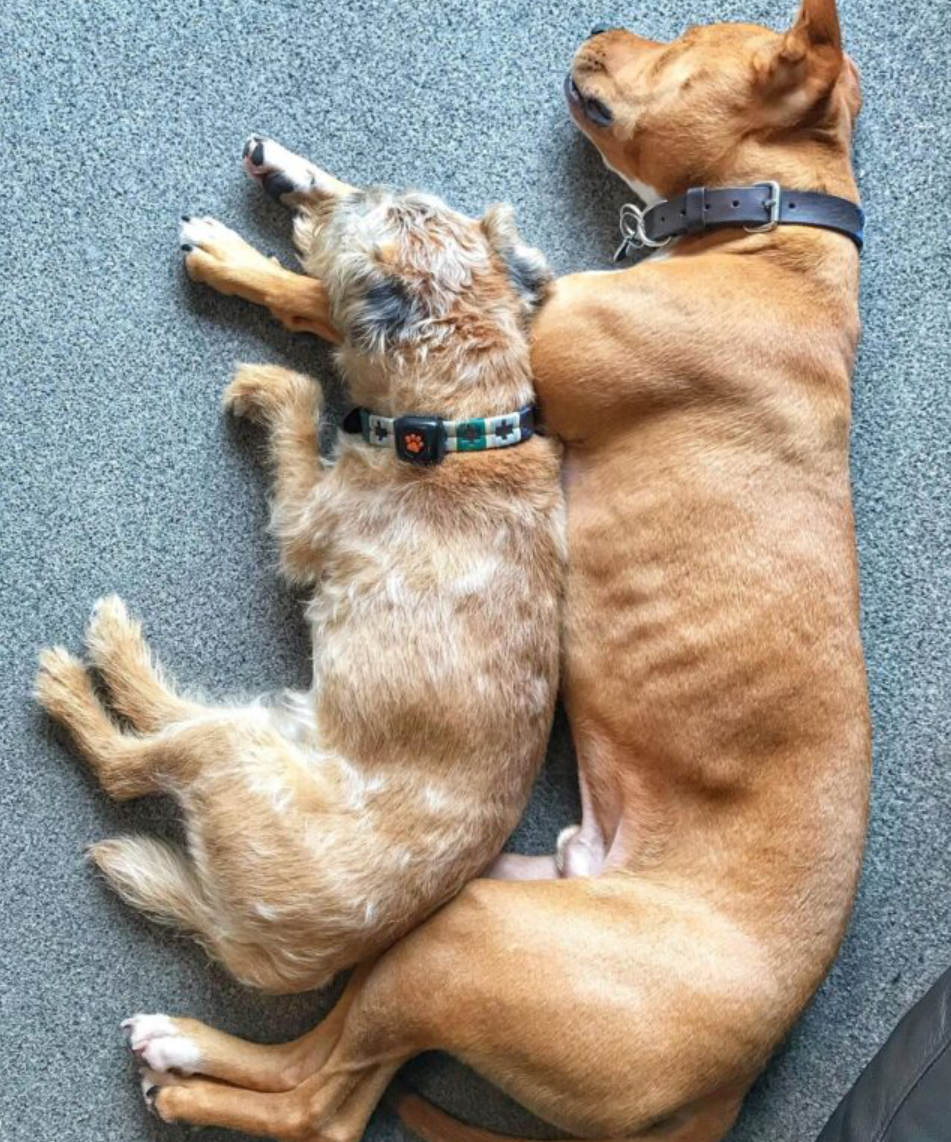 “They have built a good working relationship and are aware of each other’s limitations.”

“Amos’s primary issue is that other dogs don’t like him when they approach him, which is understandable given that he can’t interact in the same way as them, As a result, he doesn’t have any other friends.”

“However, Toby is always by his side to defend him — we refer to him as his bodyguard.”