A buffalo is kicked in the head by an elephant 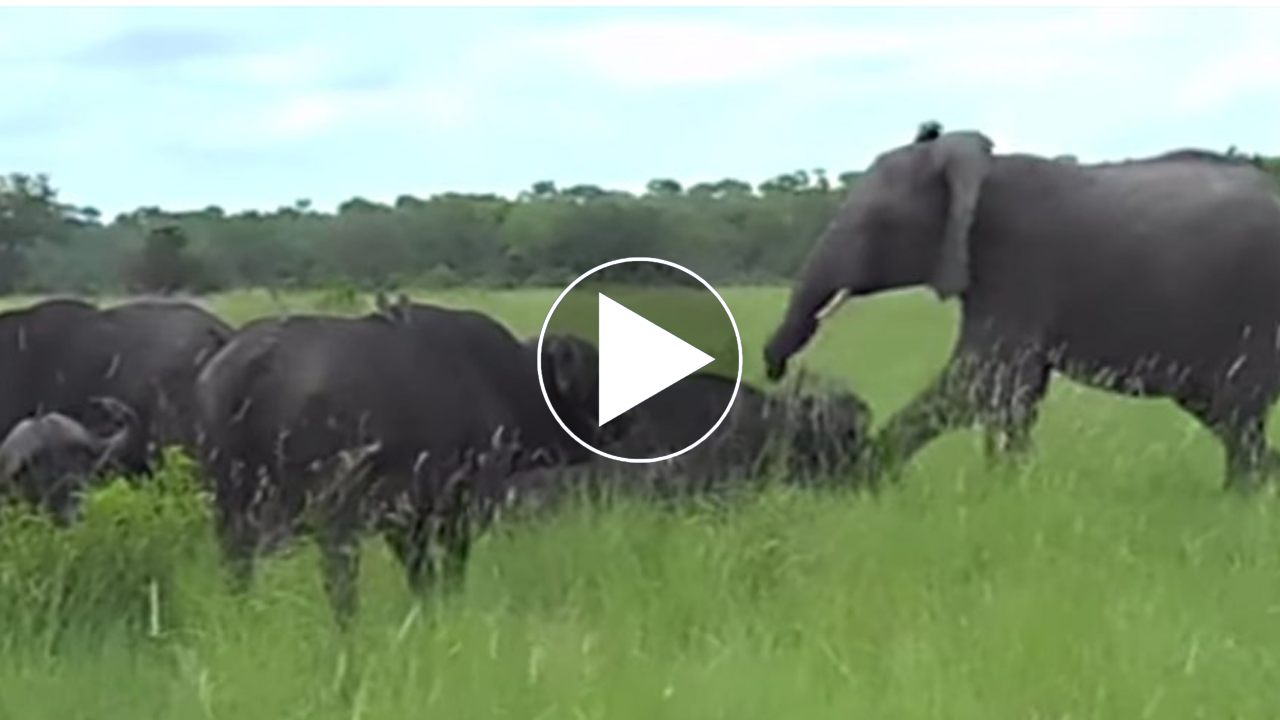 A buffalo is kicked in the head by an elephant.

At Sabi Sabi Private Game Reserve, an incredible encounter between a juvenile elephant and a buffalo was captured on video. 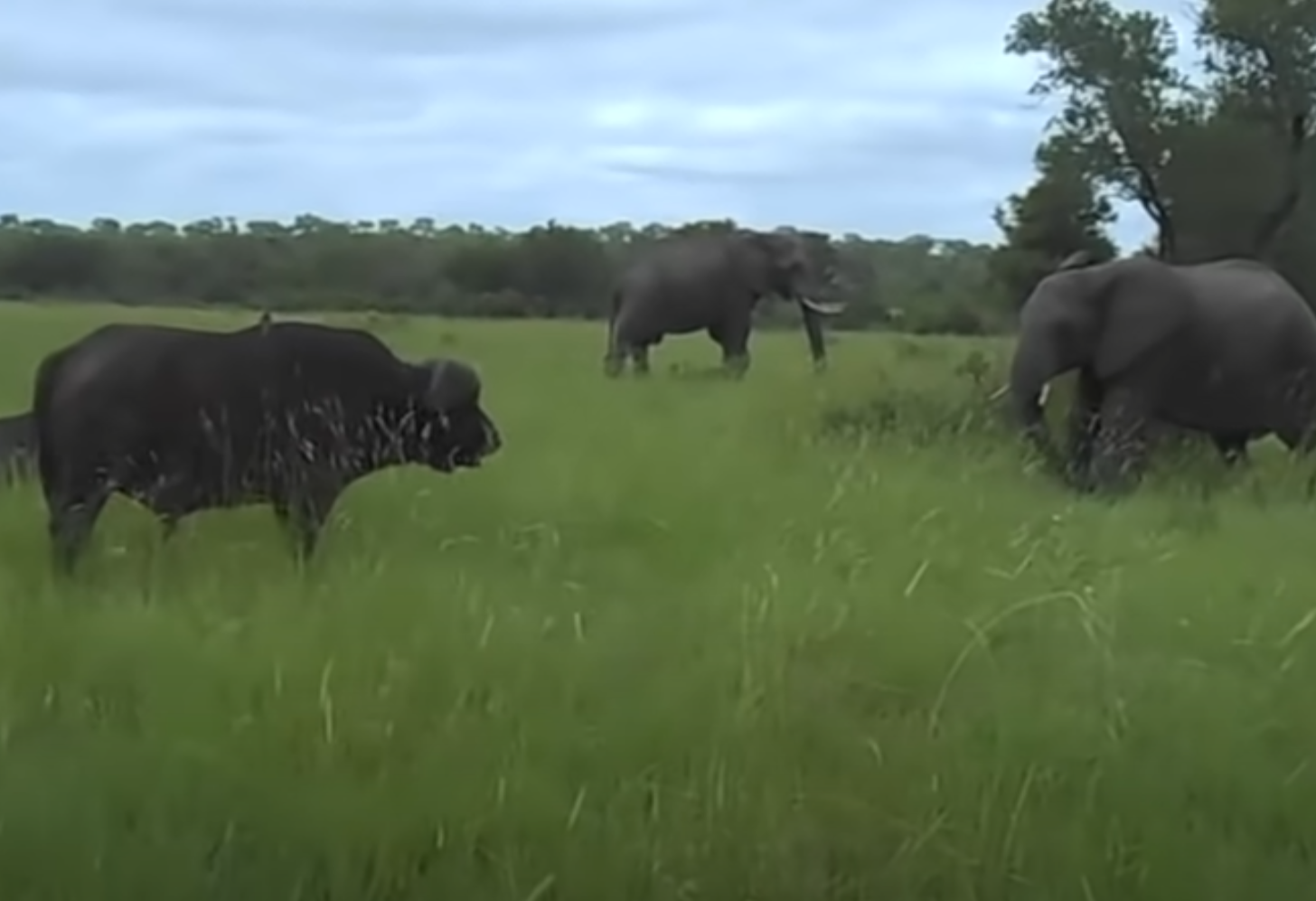 In this uncommon (but terribly grainy) footage, see how the elephant calmly strikes the buffalo in the head. 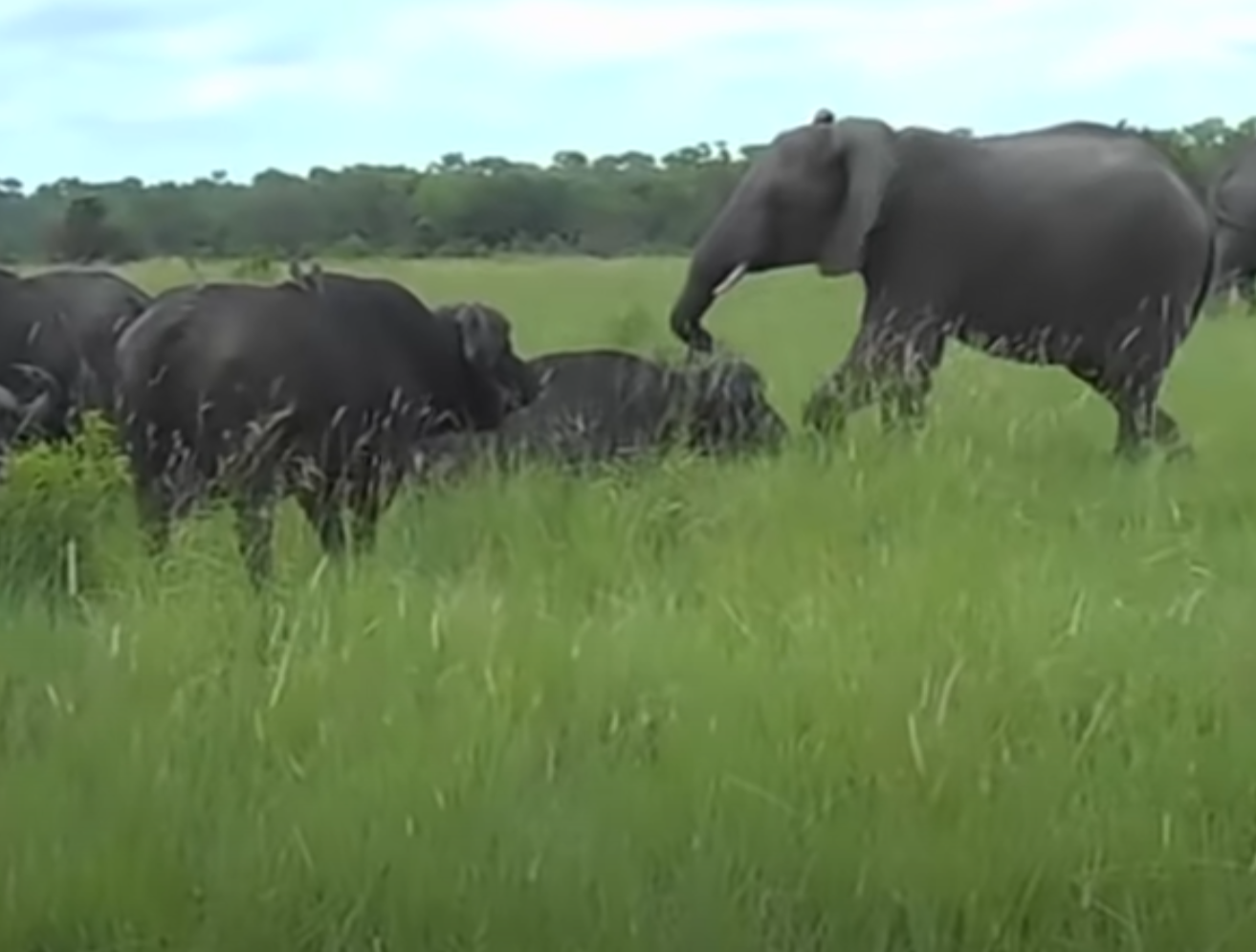 Although there was no carnage in this incident due to the young, inexperienced elephant fleeing rather than attacking, mature elephants can and will kill buffaloes if provoked. 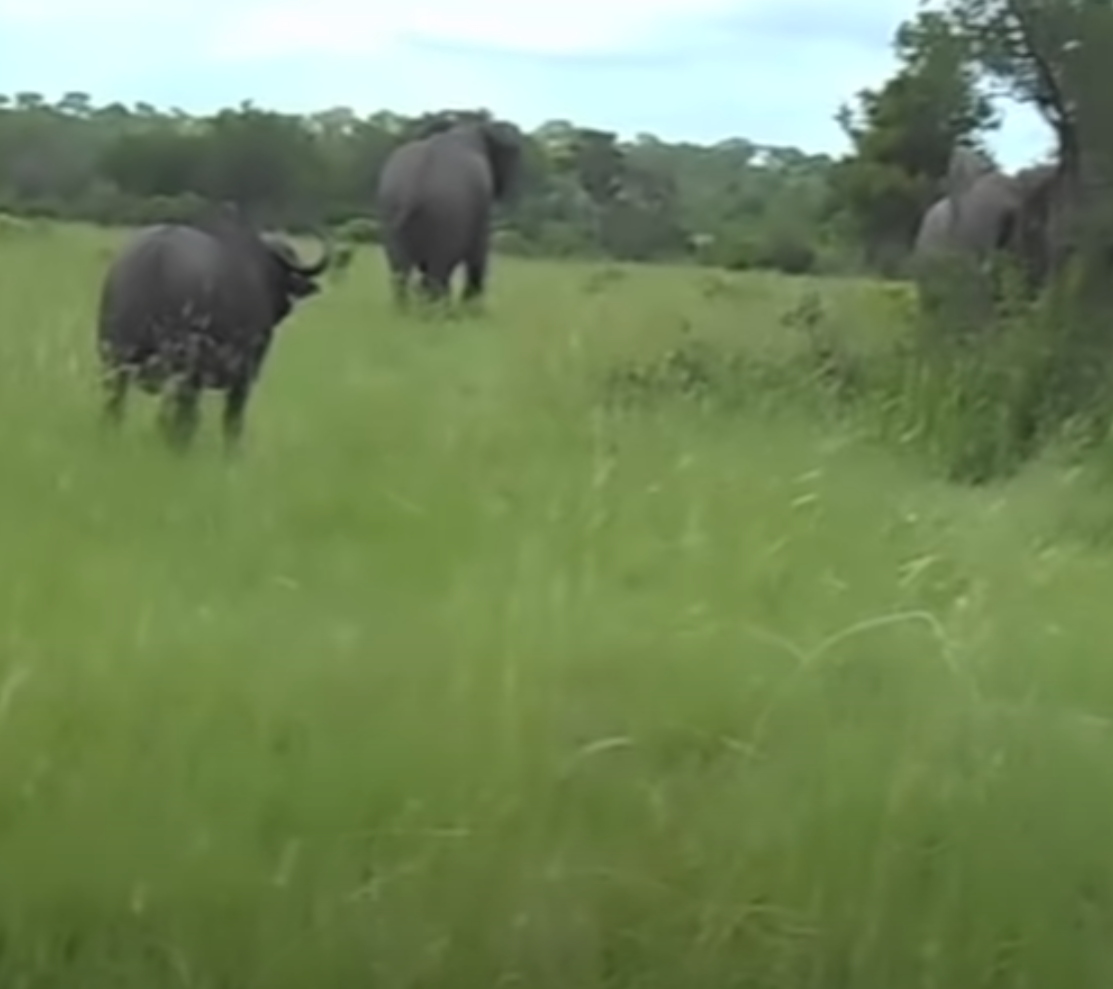 Click here to see one such incident, in which an enraged bull elephant stabs and kills a buffalo with his tusks.