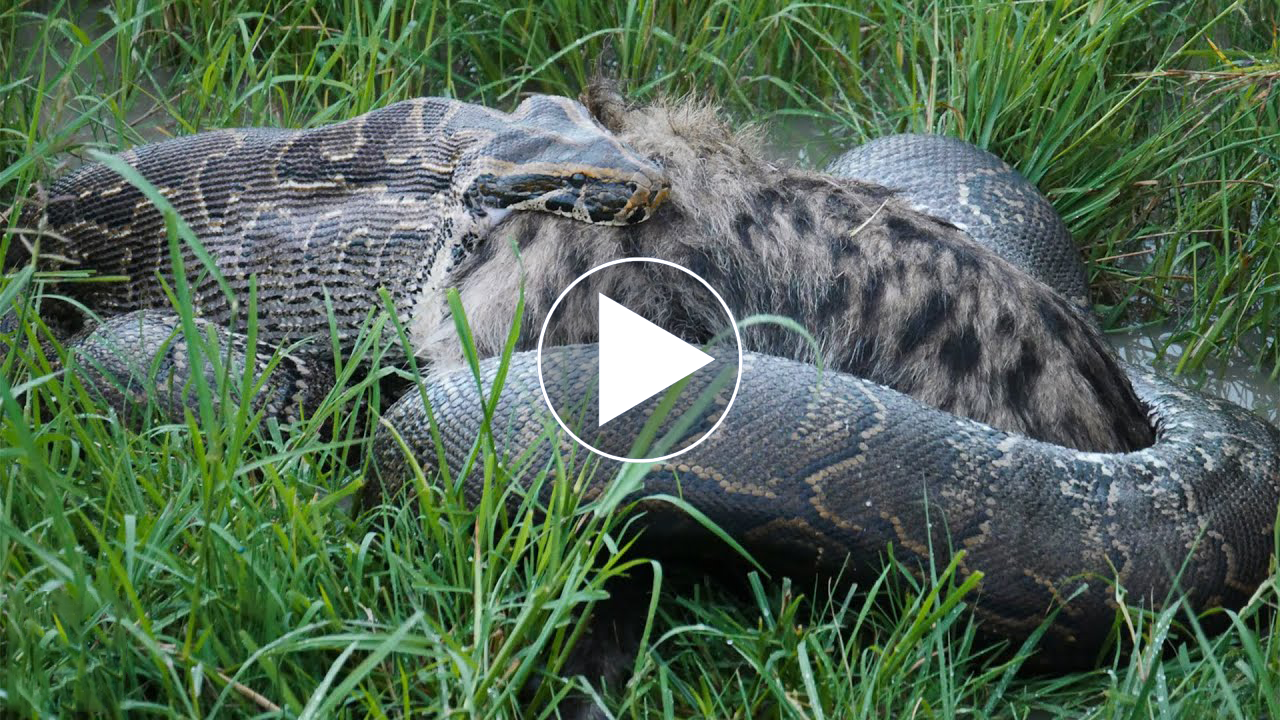 Those alligator shots are not adult alligators but judging from their size youngsters. An adult alligator with its bite power would be a formidable foe against a python. It would have to be a fully grown adult python. Alligators are also not stupid.

If the python doesn’t shut the alligator’s jaws first it would be equally squeezed. Alligators (and Komodo Dragons) have one of the highest bite psi in the animal kingdom. A pit bull doesn’t stand a chance against either of those.

Swallow the hyena was really impressive. The rabbit died because it underestimated the python.
The Jukka who pierced the throat of the python killed it as well if I am not wrong. If not, it died for nothing (unless the vulture had eaten its body later).

May giant python eat natural predators of snakes, like mongoose? I have never heard anything about this. I think that monkey was waiting for the cameraman to help so we know how that ended with the monkey in the snake’s belly and the cameraman with good footage.