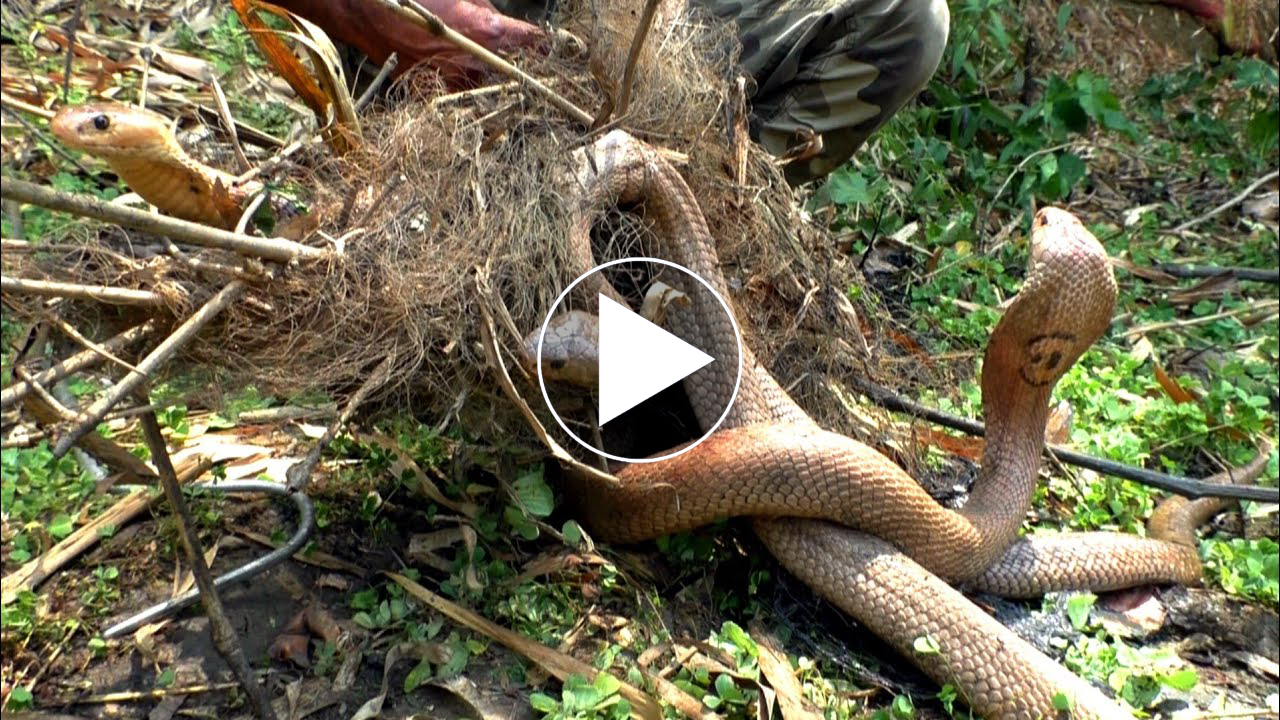 These three monocled cobras were trapped in fishnet and were unable to free themselves, were rescued after a lot of hardship, MONOCLED COBRA FACTS: 1-The monocled cobra (Naja Kaouthia) is native to South Asia and Southeast Asia.

The snake can be found in India, China, Vietnam, and Cambodia, as well as Malaysia, Bangladesh, Bhutan, Myanmar, Laos, Nepal, and Thailand, The snake’s length ranges from 4 to 5 feet with a maximum length of 7.5 feet, They are called monocled cobras due to the O shape hood pattern, also known as the monoacetate hood pattern.

Monocled cobras are found in grasslands, scrublands, and forests as well as human settlements and cities, They are also known to inhabit agricultural lands such as rice fields where they are known to hide in burrows of small rodents.