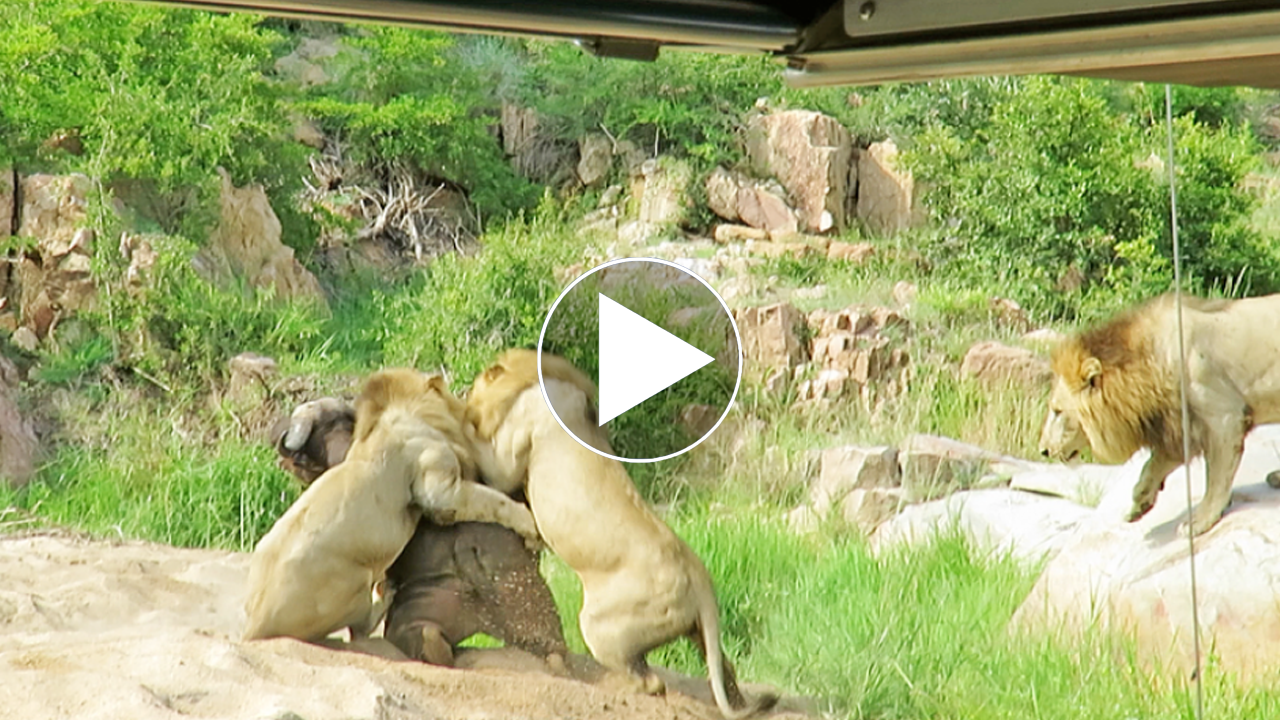 Despite their reputation as the king of the jungle, lions have a very poor hunting success rate, especially during the day.

Catching prey is normally difficult, and the research backs this up, with a median success rate of 17-19 percent in daylight. 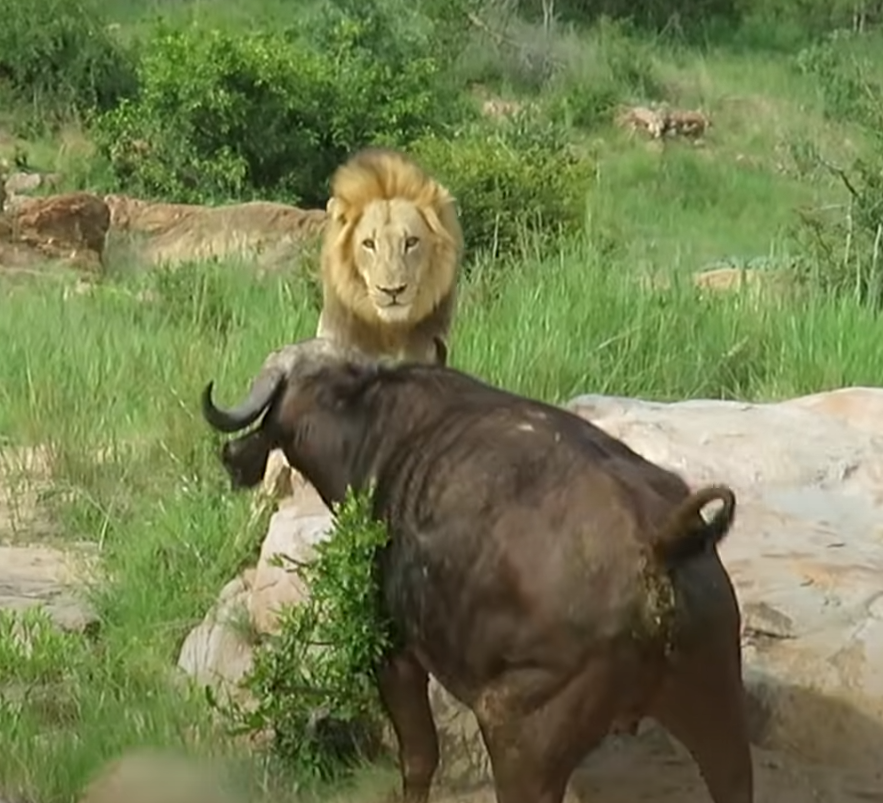 However, lions do get a break every now and again, In this spectacular sighting, three male lions cornered an injured female buffalo and ate a simple meal.

Jan Kriel, a 50-year-old field guide from the Netherlands, submitted this extraordinary encounter with Latest Sightings.

I went on a safari drive with my clients on Christmas Day, We can drive in the riverbeds on the Jock Concession, so I drove towards the Biyamiti Bridge. 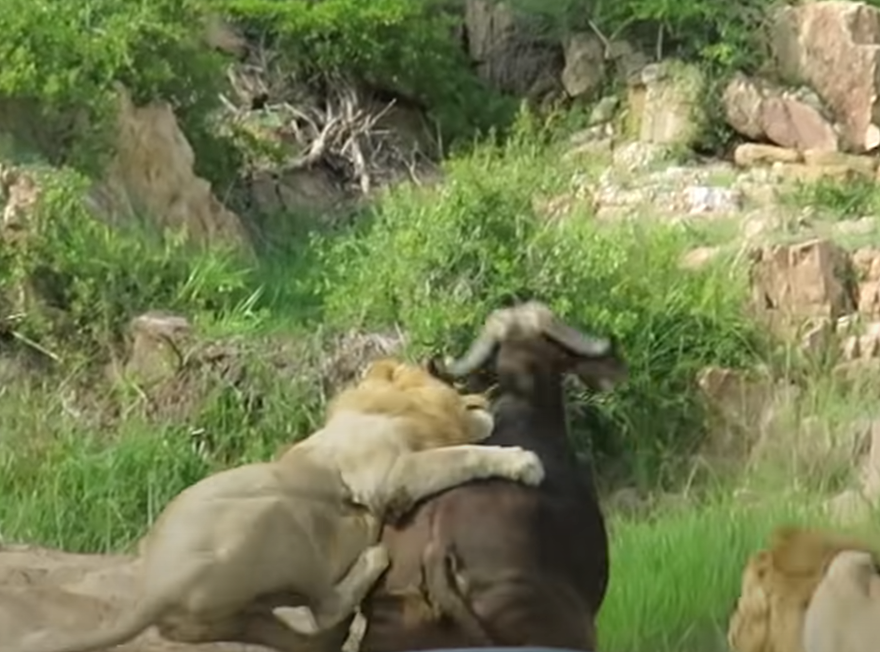 We were seeking buffalo because we had guests departing the next morning who had one last request: to see a buffalo.

I knew where the buffalo were, so I took the guests there right away.

We lingered at the spot for a few minutes, just watching as the herd slowly vanished, grazing in the distance.

One female buffalo was left behind! When a second vehicle arrived, she was resting.

We lingered on the sighting for another minute or two after the second vehicle went, then decided to go on. 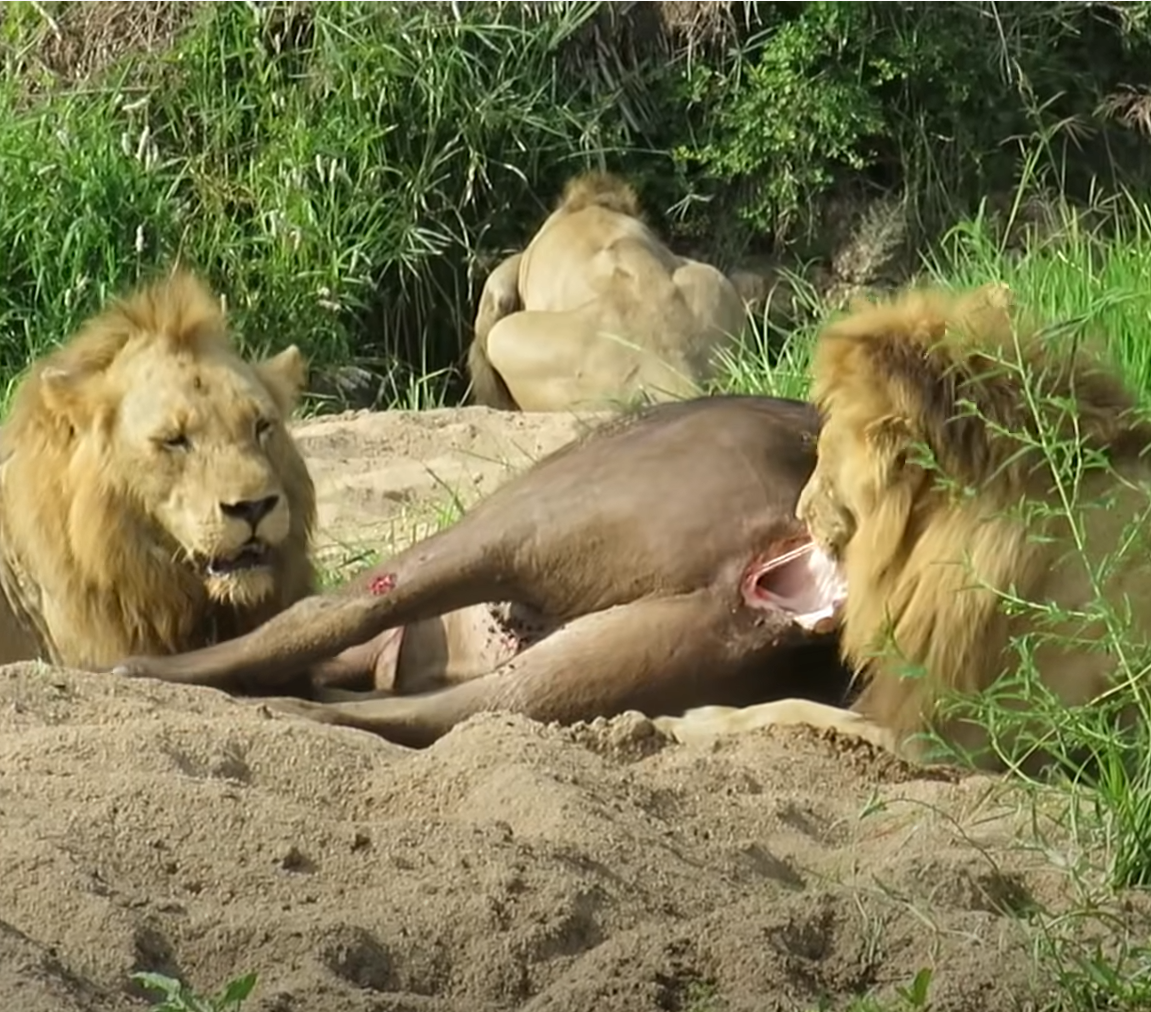 As I reversed the car, I noticed three male lions making their approach towards the resting buffalo! The one lion began stalking the buffalo from behind the rocks, while the other two lions pursued from the front, making the female aware of their presence.

We discovered the buffalo had a fractured front leg only after she got up in an attempt to run and defend herself; this is why she was on her alone and not grazing with the rest of the herd. 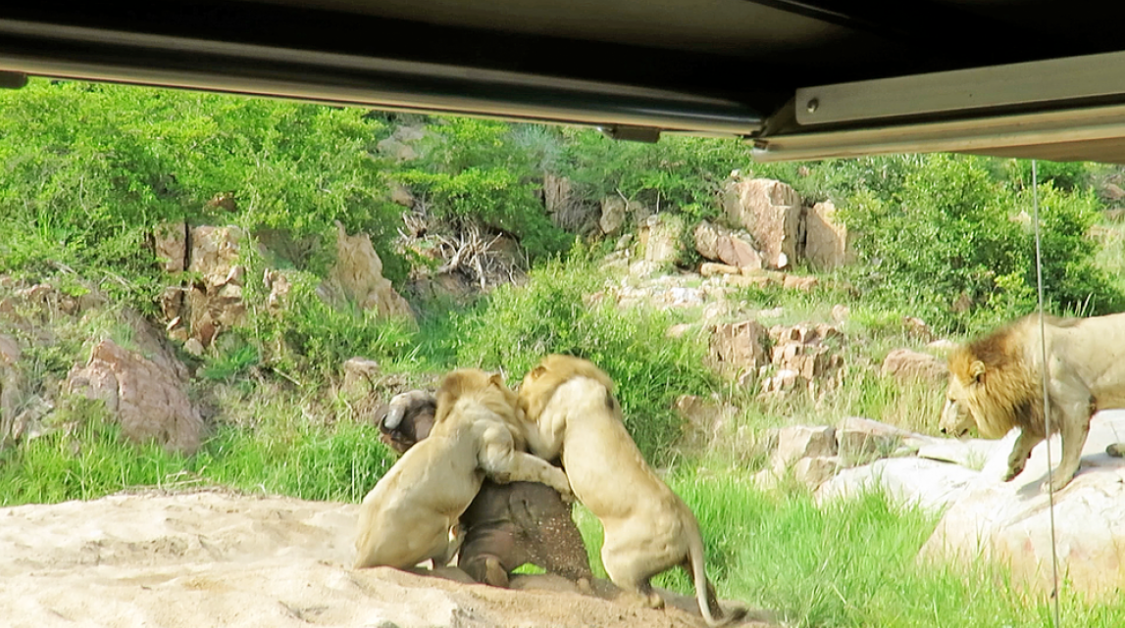 My guests were both excited and nervous since they hadn’t expected so much action at a buffalo sighting, but they also realized that it was part of life’s cycle and that lions need to eat to survive.

The buffalo put up a valiant battle, but the lions were too much for her to handle alone, especially with a damaged front limb, The lions celebrated Christmas with a buffalo dinner Thanks for your like and share.