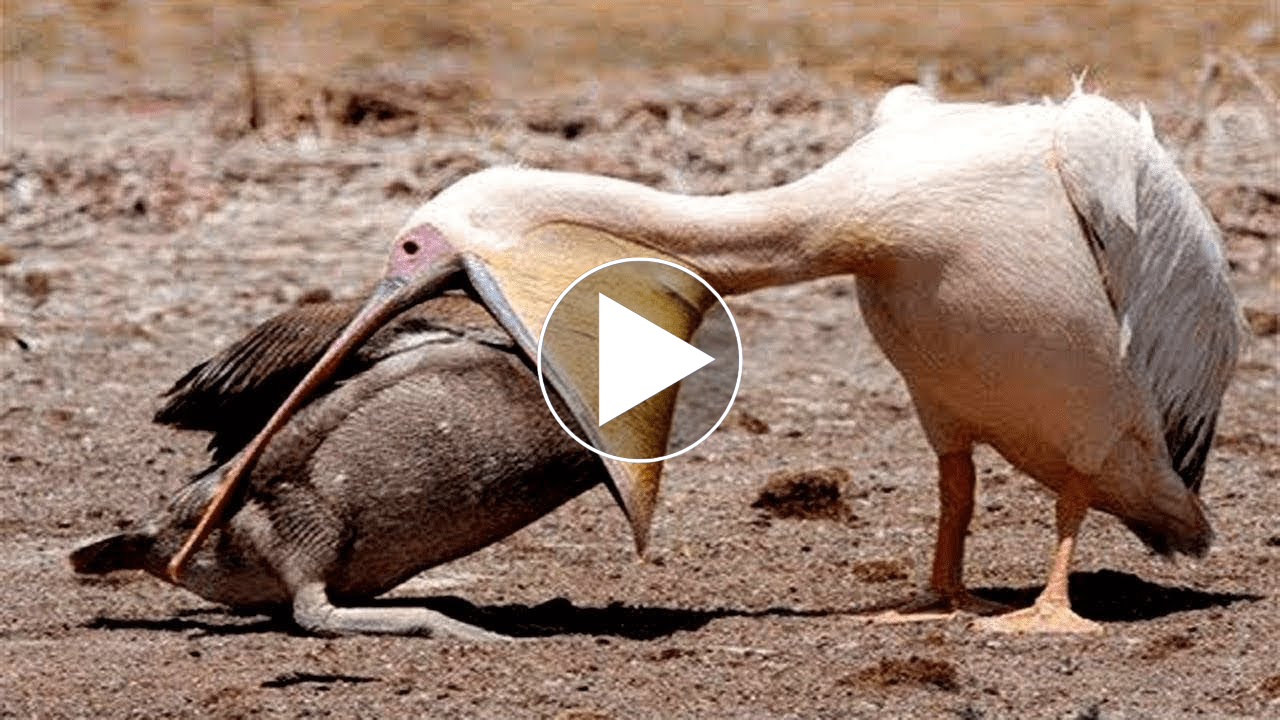 Many birds are fearless predators, and they can tackle a variety of prey. Have you ever seen the kookaburra in action? What about the snake eagle?.

A bald eagle and a coyote fight over a fresh deer carcass. When a coyote comes to annoy it for a taste of the kill, the eagle charges it several times, attempting to discourage it.

The coyote, on the other hand, is tenacious and tries and tries to get to the carcass until it succeeds and runs away with it but drops it along the way. It’s a never-ending battle between the two animals for the prize.

Following the death of a juvenile heron, the eagle plucks all of its large feathers and drags it up onto the grassy area visible above them in the video. She ate some of it, as did the other eagle, who was presumably the male because he was smaller.

This eagle swoops down and kills a mallard duck. The other ducks force the eagle to fly away without his kill, so he circles the area looking for a chance to snare the dead duck.

The ducks, however, lunge at him every time he swoops in to make the grab. He finally flies right through and grabs. When this bald eagle snatches a couple of chicks from a nest and flies away with them clamped in his talons, he doesn’t waste any time.

Donald Trump, the runner-up for Person of the Year, agreed to pose with a bald eagle for a Time magazine cover story as he was establishing himself as a serious contender. The eagle didn’t seem to like it. The eagle was discovered to be a democrat.

This sparrowhawk attacks a feral pigeon and as much as the pigeon tries to fight off the hawk, there is nothing it can do, and the hawk begins plucking the feral pigeon’s feathers.

In this video, a male Sparrowhawk is killing a starling, You can see the starling is pinned to the ground and cannot move, The Starling fought valiantly but ultimately lost another sparrow hawk jumps on a starling as if it was a bouncing ball, and the result is the same.

The starling eventually succumbs to the vicious attack, This time, a crow must deal with the sparrowhawk’s relentless attacks, and the blackbird doesn’t fare much better than the pigeon.

This sparrow hawk sits on a wood pigeon when two magpies come to harass it, The hawk is upset and lets the magpies know he will attack them if they continue, but the magpies don’t care.

Meanwhile, the pigeon is stuck under the hawk, and it’s obvious he’s dead. The magpies want the pigeon but it’s not happening, This sparrow hawk returned with a small bird after a quick hunt and brought it back to his handler.