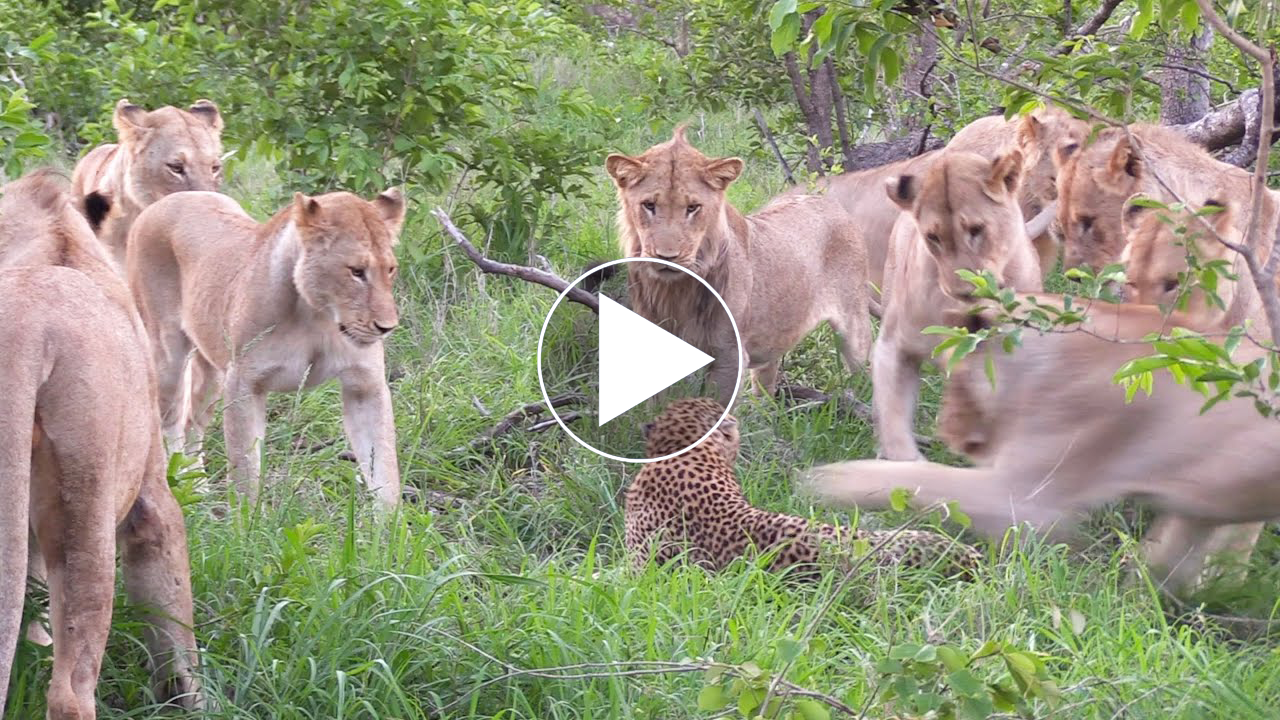 Lived like a warrior, died like a warrior. Big respect to this leopard, it has shown his warrior spirit until the end. Y’all notice how the lions were mostly waiting for the leopard to tire out? It’s amazing how animals know when to conserve energy.

The way the leopard defends himself against lions is incredible: the back on the ground to protect his spine, those front claws wide open to grab and hurt whoever wants to do a front attack. But all those lions surrounding him were way too many: impossible not being subjected to injuries and getting tired quickly. Then that final bite closed the fight.

He went out on his shield, respect for putting up the fight he did. Not many animals would have lasted that long being attacked by that many lions. A powerful and unique sighting. It’s tough to watch. You are lucky if you can witness such a moment in person. Great respect for the leopard and his will to survive, they are strong enough to last that long against 12 lions.